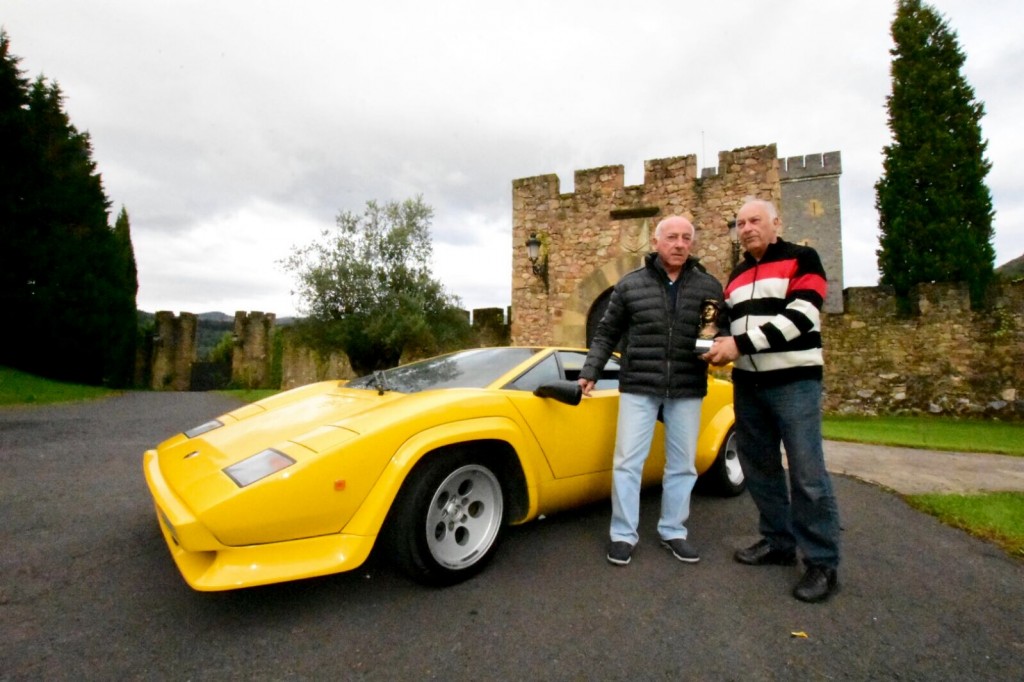 The sons of Argentine motor racing legend Juan Manuel Fangio, considered one of the greatest Formula I drivers of all time, did not want to miss Torre Loizaga’s visit on their way back from England to Madrid.  Cacho and Rubén Fangio were accompanied by their wives and their representative in Spain, Fernando de la Hoz, who is well known among motor racing fans for his books on the history of the automobile in Asturias and promoter of the Oviedo Classics Fair. It was precisely Fernando who organised the trip to the impressive Goodwood Revival Festival organised by Lord March -now Duke of Richmond-  in Chichester, near the port of Portsmouth 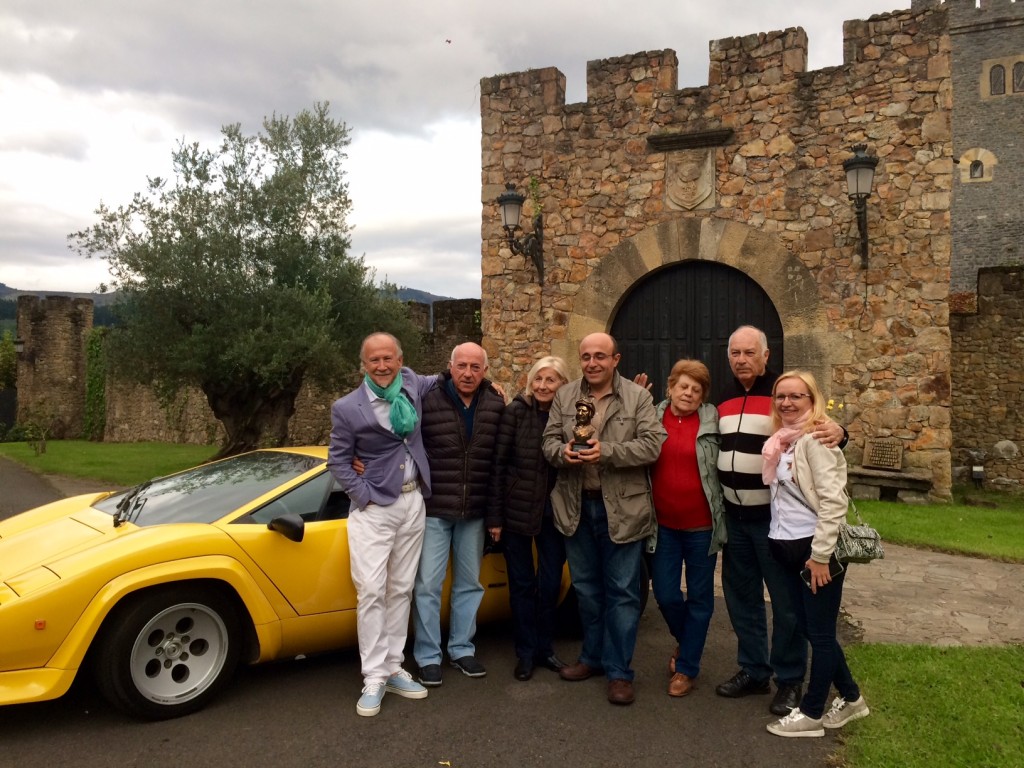 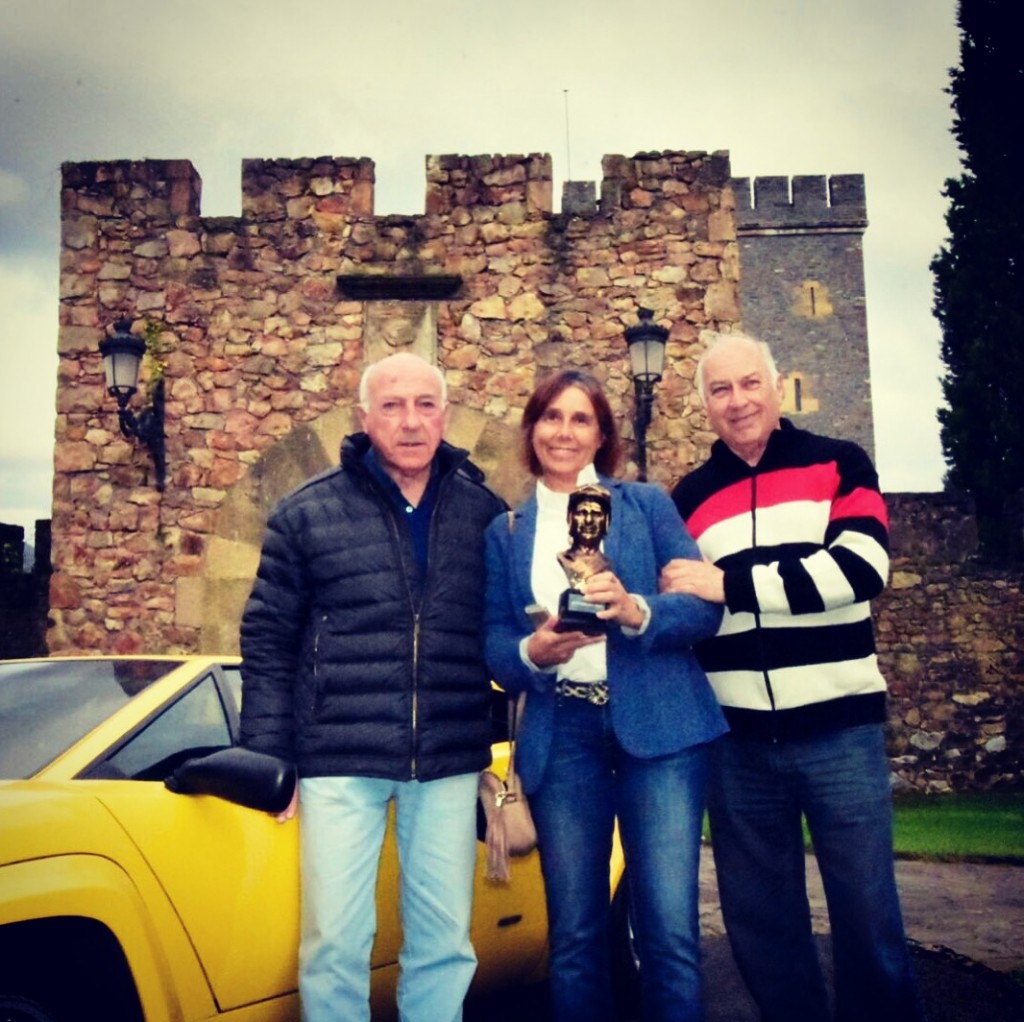 At the famous festival in England which recreates the atmosphere of the races of the last century, the brothers were entertained and were able to see the enormous affection and love that people have for their father, El Chueco.  They were invited to take the lap of honour at the circuit, together with Fernando de la Hoz, who remembers it as an unforgettable moment, and were joined by an emblematic car from their father’s career, a Maserati 250 F, with which he won the Nürbrunging Grand Prix in 1957 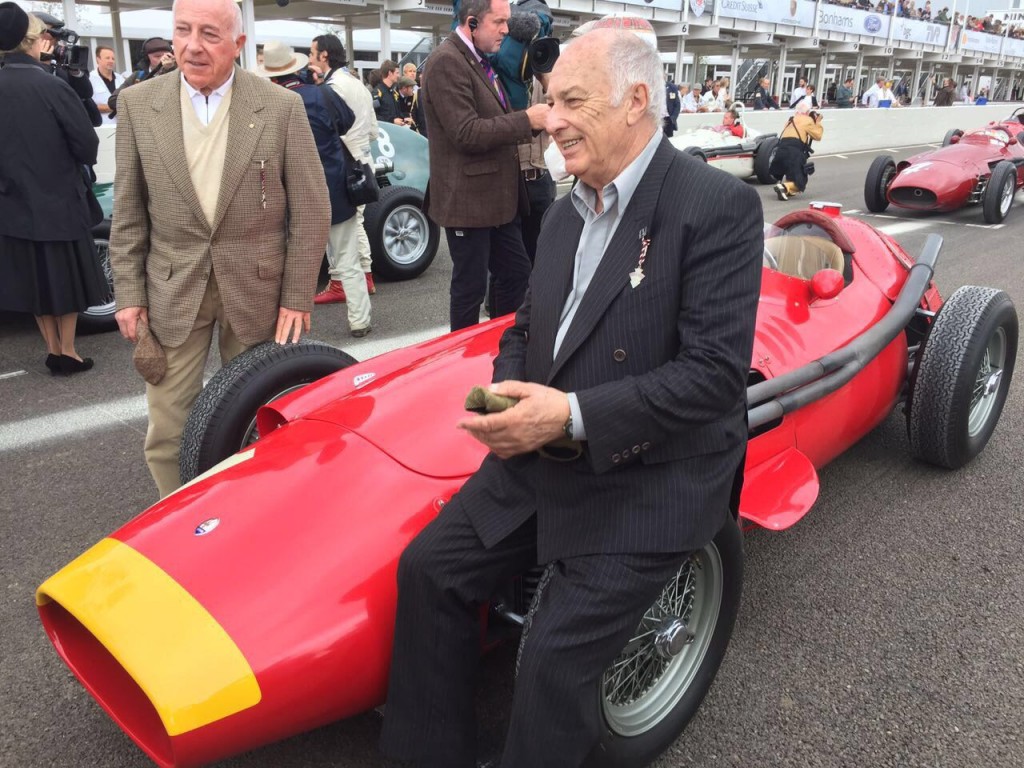 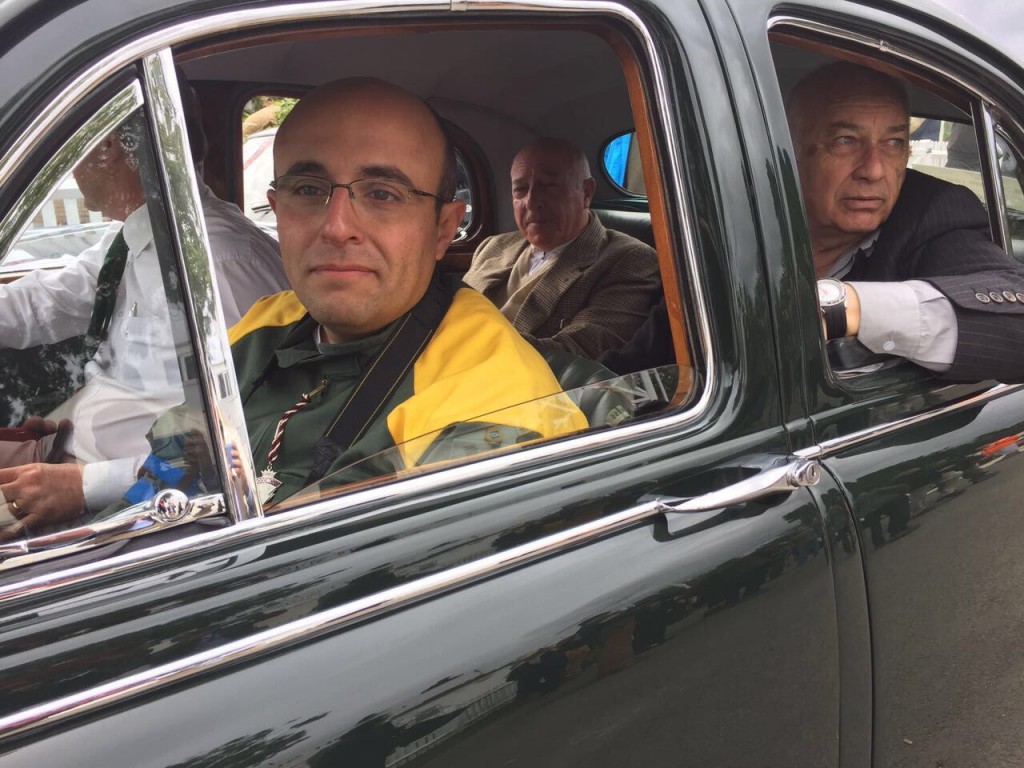 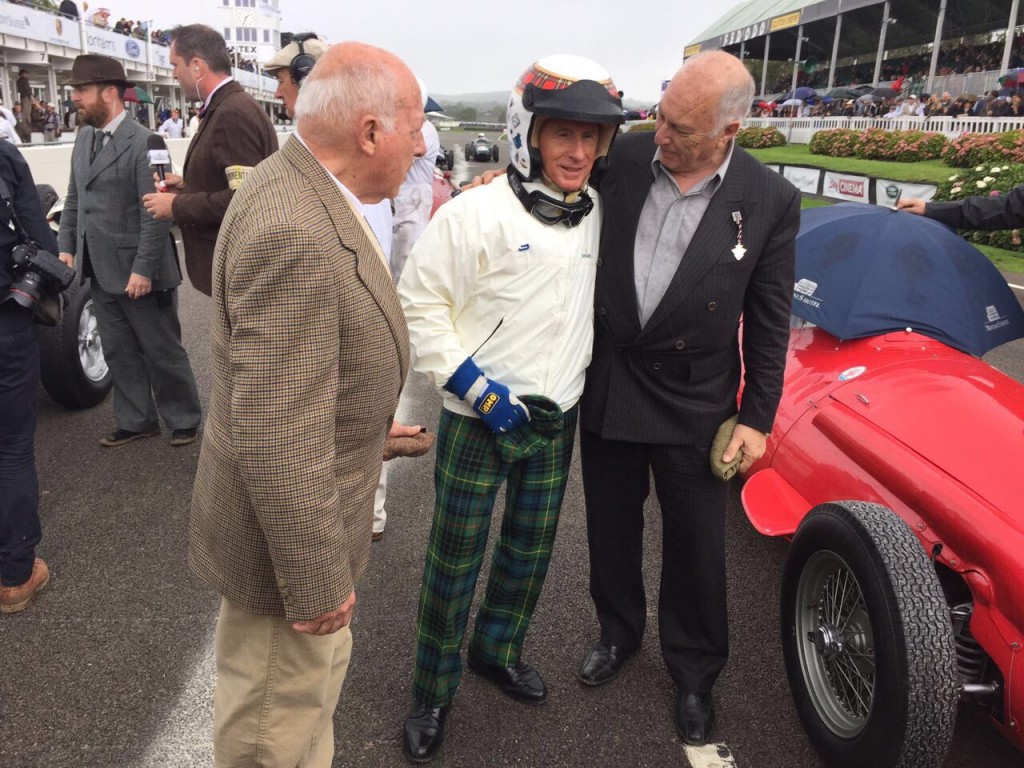 One day we would like to pay a visit back to the Fangio brothers and admire the Museum dedicated to their father. They themselves have let us know that they take home an unforgettable memory of their visit to Torre Loizaga where we were privileged witnesses to the great impression made on them by the Miguel de la Vía 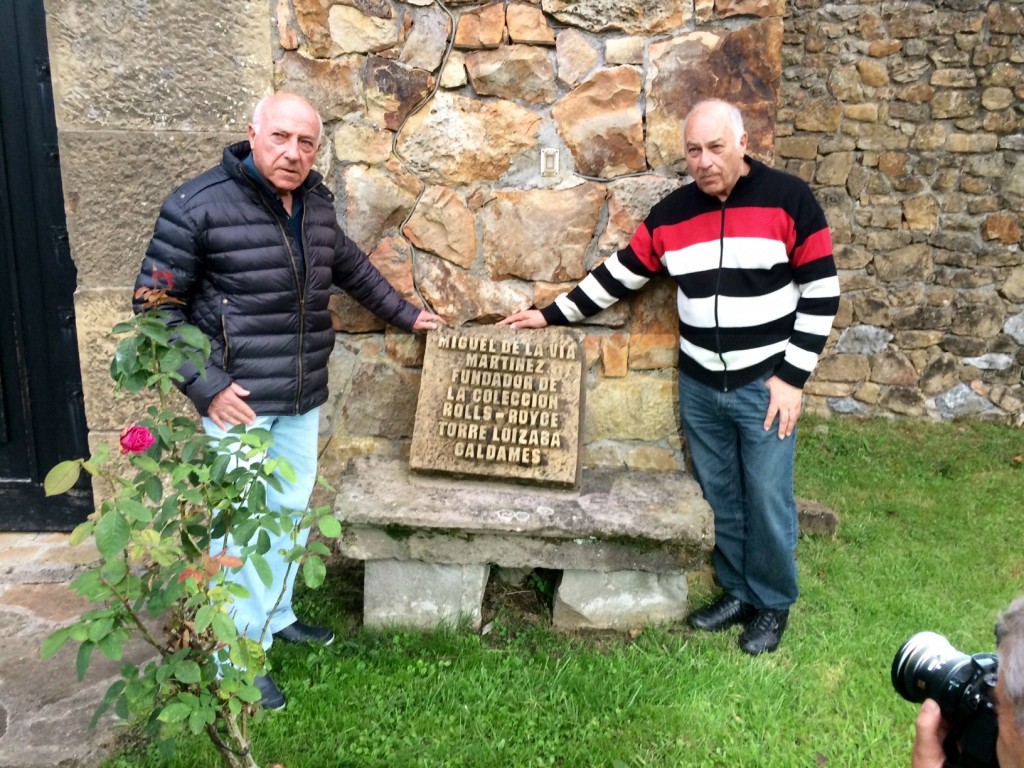